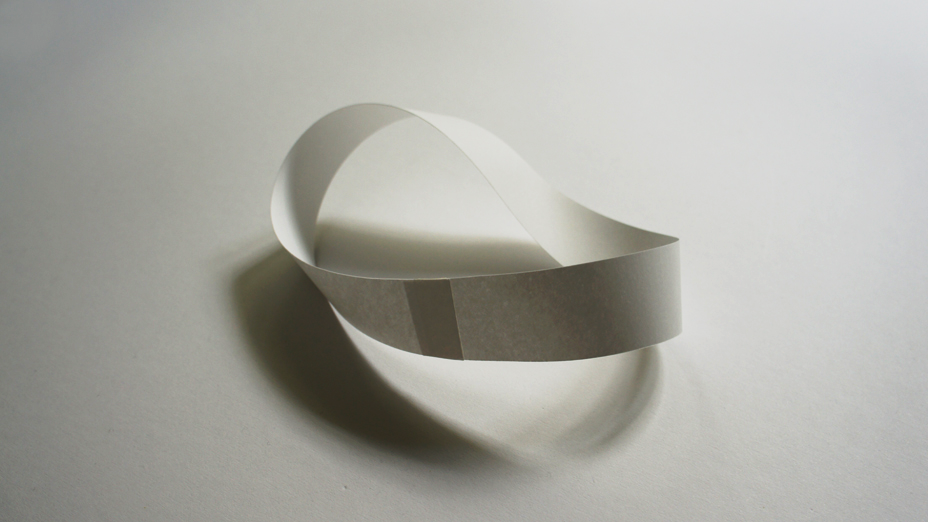 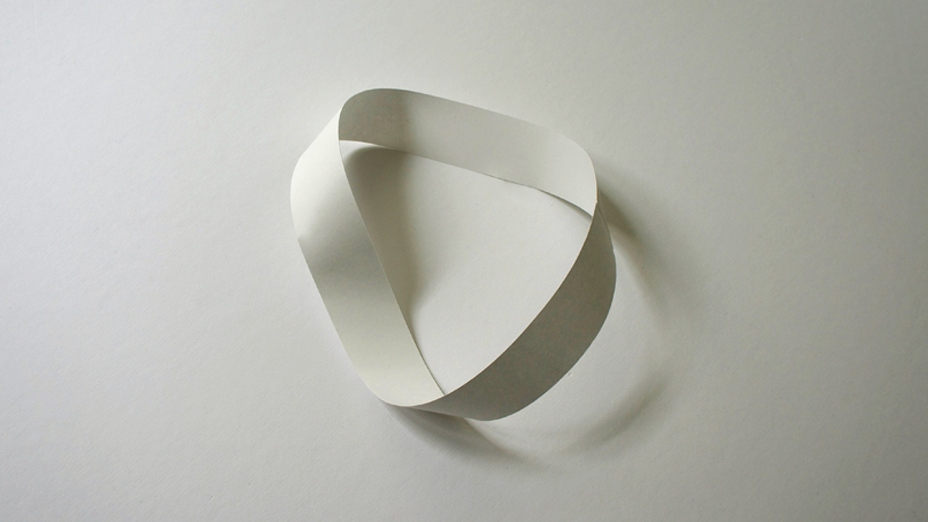 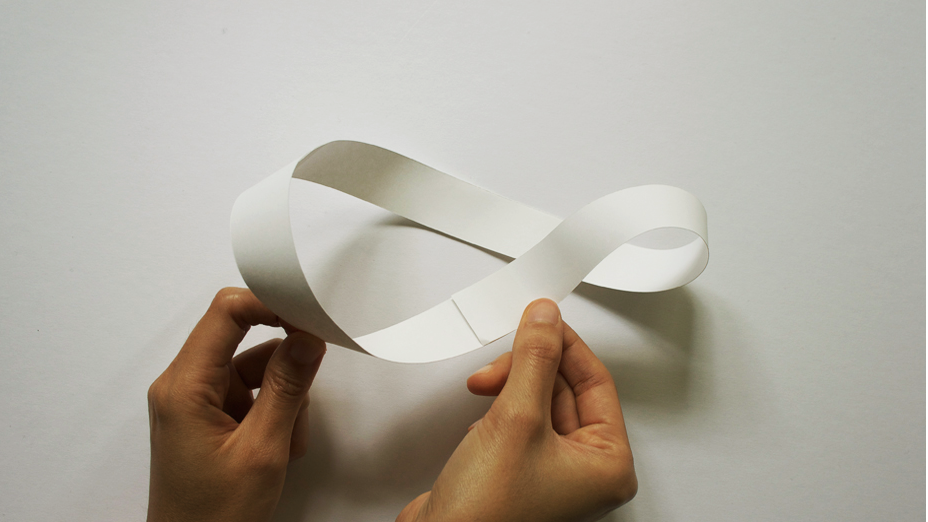 Guangzhou Knowledge City (GKC) is the largest ever joint venture between Singapore and China, a collaborative effort between two economic powerhouses. This billion dollar project combines the resources and facilities of Guangzhou Development District with the experience and expertise of Temasek's Singbridge to create a new type of "knowledge city". We were awarded the task of developing and defining its brand strategy.

We investigated existing knowledge cities worldwide, explored the expectations, hopes and concerns of key players from Guangzhou Development District and Singbridge in
one-on-one and group sessions and then combined these learnings with our knowledge and understanding.

Knowledge Cities meld Reason and Emotion. Rational elements allow it to act in a planned, coordinated and logical manner. They result in high tech capabilities, economic vibrancy, and intelligent and competent management. They attract talented people.

Emotional elements make possible the creative and commercial activities that bind people together. They result in social vitality, soul, excitement and inspiration. They are high touch. They anchor talented people.

GKC's vision is to be a unique, vibrant, sustainable city highly attractive to talents and knowledge-based industries. A model and catalyst for the economic transformation and environmental enhancement of Guangdong, it will lead in creating innovations, new ventures and high value-added products and services; and in building a low-carbon city for sustainable and enterprising future.

GKC can become something never before seen. Not just another factory for the world but an innovative and pioneering example to the world of the power of innovation and imagination to transform the human spirit and release undreamed of achievements.

We had to project a vision for a city today that would result in a city of vision tomorrow, embracing environment and culture, people and purpose, integrating talent from around the world in a new economic driving force for China.

The challenge now was to bring this to life in a way that would inspire and enthuse with its ability to evoke both the rational and the emotional elements driving this lofty aspiration.

We found the answer in a symbol of singular duality. The Möbius strip.

The unending single surface of this three dimensional object with only one edge and one side is an ideal symbol for a city that knows no boundaries, a city in which multiple elements will converge and combine to create new opportunities and a new reality. Just as a simple twist creates the singular duality of the Möbius strip, so combining hardware with heartware, industry with inspiration, will enable a single city to encompass the twin goals of economic growth and social well-being.

Four themes – Smart City, Eco City, Learning City and Design City – guide initial development of Guangzhou Knowledge City. They are reflected in the four different iterations of the symbol which together are a dynamic visual expression of this ventures unlimited possibilities.

This infinite potential is echoed in its shape; the multiple colours project the optimism of an exciting future.

A future that could transform China and the world. 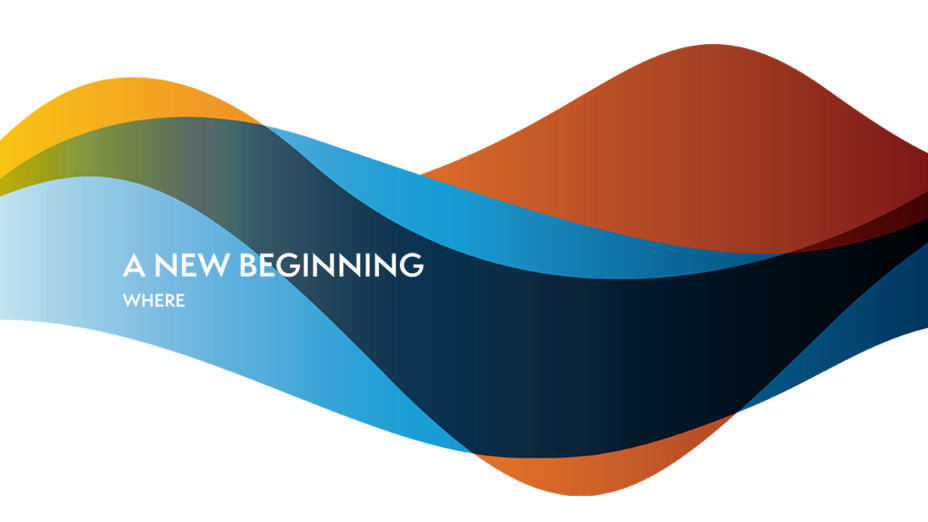 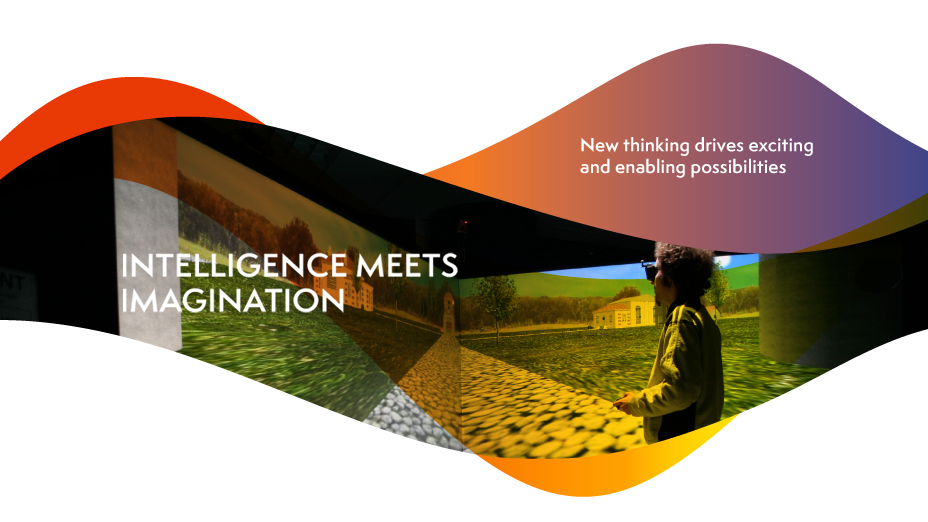 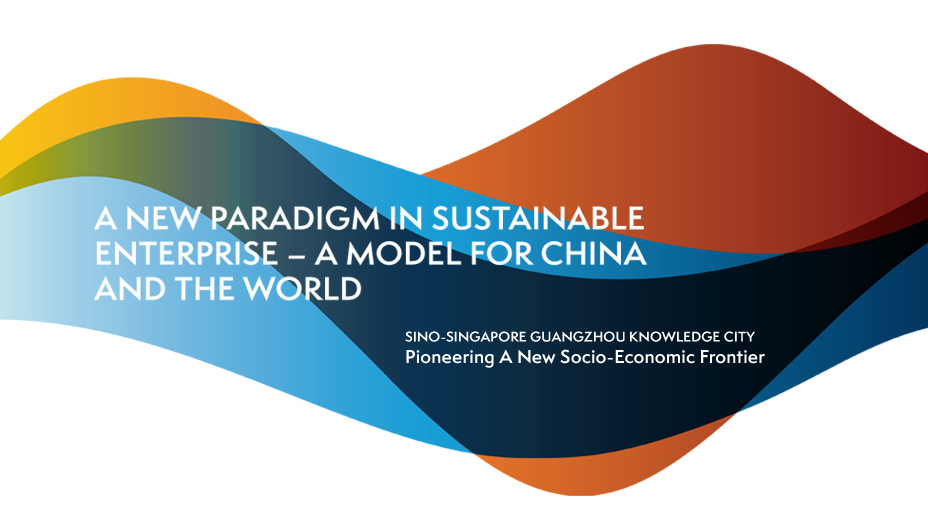 Their summation, a new socio-economic frontier
gave life to the inspiring vision underlying
Guangzhou Knowledge City in a powerful and
provocative definition that unified all our aspirations. 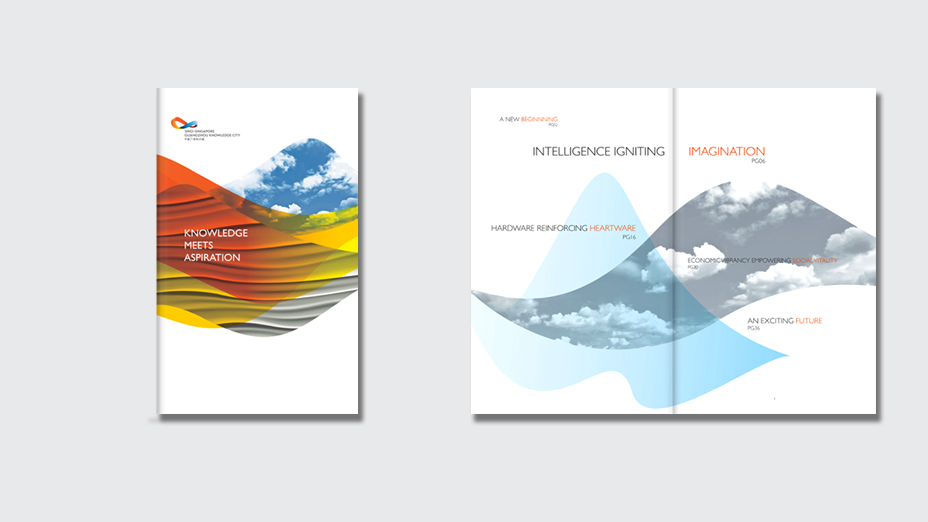 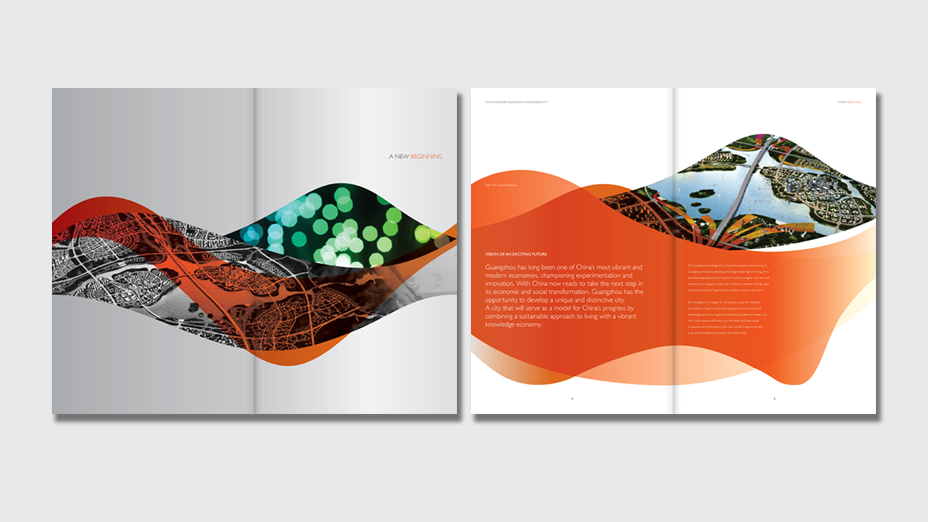 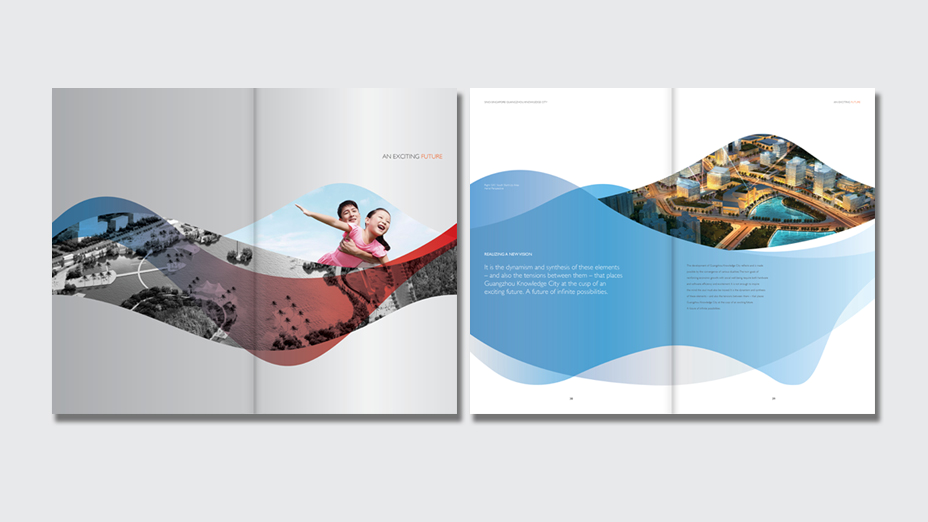 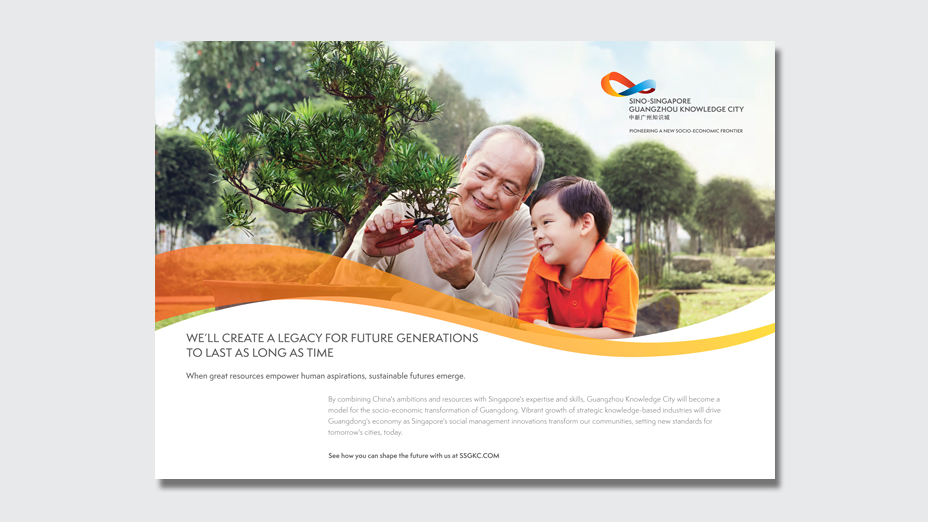 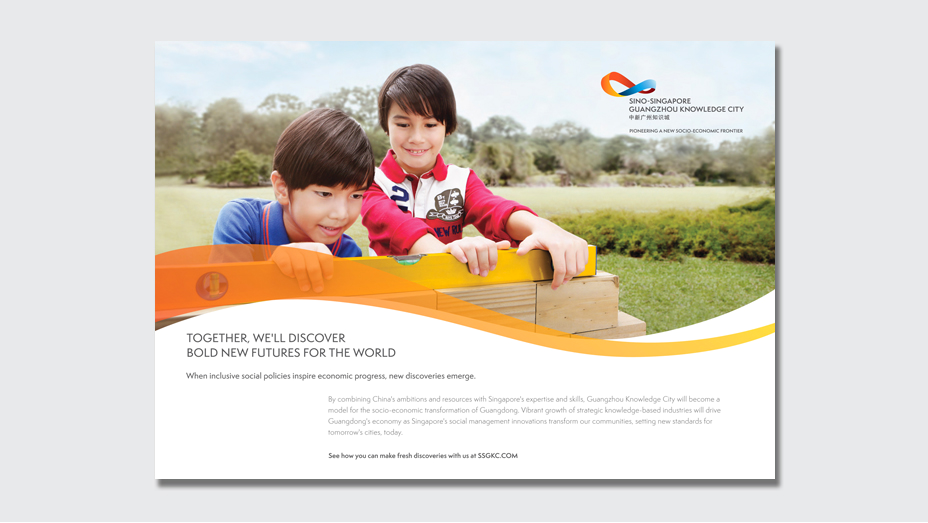 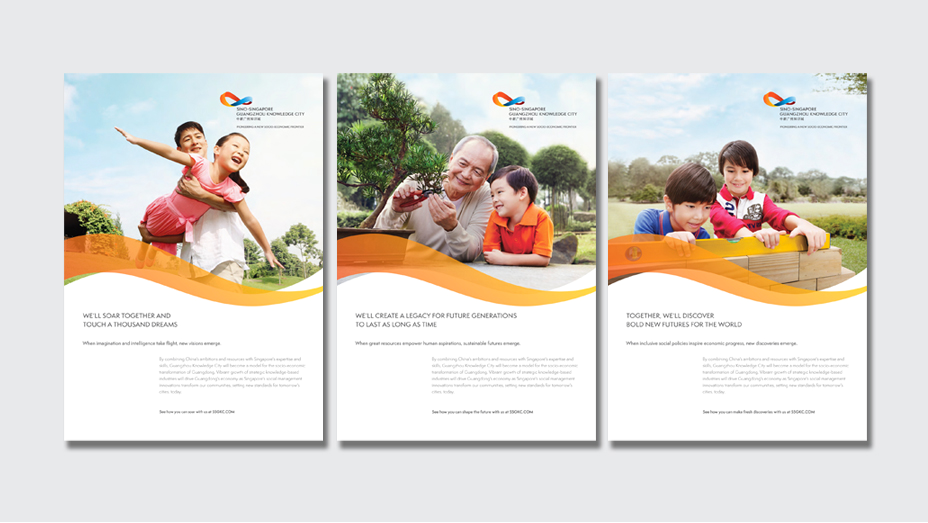 BRAND ADVERTISING
< BACK TO PROJECTS
< PREV | NEXT >